When we began the site was completely neglected and someone was living under the rear deck.

We had to leave some invasive trees on the site or there would have been no tree canopy left.  Later, all the ash trees died from Emerald Ash Borer, opening up the tree canopy even more.

We created a trail system so the owners could get to the parkland at the bottom of the hill more easily. At first we used red woodchips at the owners request, then changed to uncoloured chips later when the red ones rotted away.

The same view as the first picture, cleaned up and ready for new plantings.

Here’s the same view in June 2011. New plants grew quickly and we’re now getting canopy when there was none. A view of the lower slope in 2011 with young Hemlocks and ferns.

Here’s the same view as the first picture in 2019.  The new forest of white birch is well established in the area that was completely cleared of weedy vegetation and garbage. 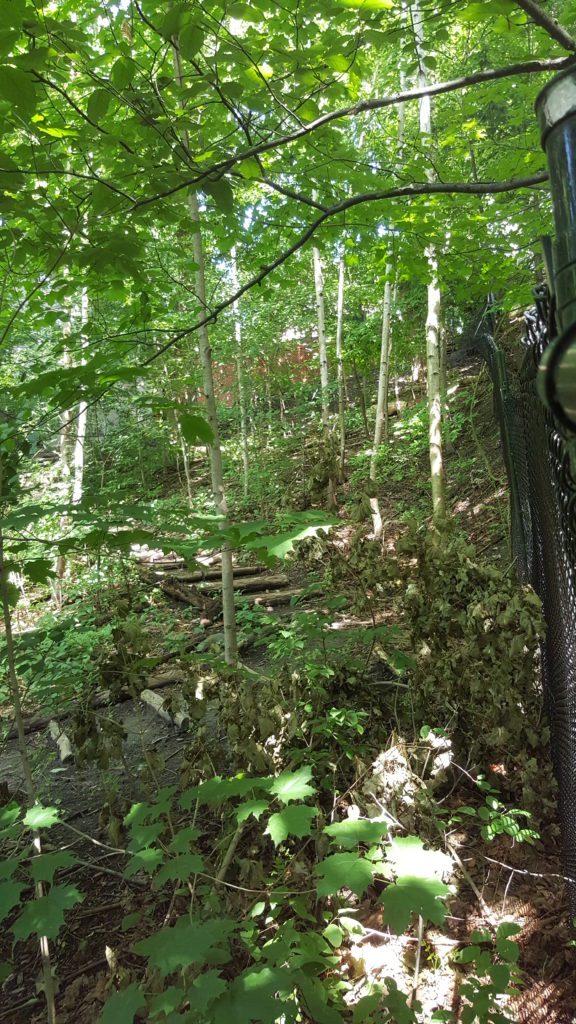